Among patients with psoriatic arthritis (PsA) who are biologic naive, secukinumab compared with etanercept is more closely associated with higher American College of Rheumatology (ACR) 20, 50, and 70 response rates, according to research results published in the European Journal of Rheumatology.

Using data from 4 large, randomized, double-blind, placebo-controlled, phase 3 clinical trials (ClinicalTrials.gov Identifiers: NCT01752634, NCT01989468, NCT02404350, and NCT00317499), researchers compared the effectiveness of 150 mg or 300 mg secukinumab with the effectiveness of etanercept over 24 weeks in patients with PsA who were biologic naive. Investigators used the matching-adjusted indirect comparison (MAIC) methodology to examine the comparative effectiveness of secukinumab and etanercept.

Study limitations included variations in randomization time across all trials, with the inclusion of patients with different therapy durations, and the lack of use of long-term efficacy outcomes in the analysis. Researchers also noted that there were general limitations in the study associated with the MAIC methodology, including a lack of generalizability with patients who were not biologic naive.

“Our findings indicate that [patients with active PsA who are] biologic naive have similar probability of achieving short-term ACR responses with secukinumab and with etanercept, but [they were] comparatively more likely to achieve ACR responses after 24 weeks of treatment with secukinumab,” the researchers concluded. “Future direct or indirect comparisons, as well as real-world observations, will be valuable to provide further evidence on the relative treatment effects of these 2 therapies.” 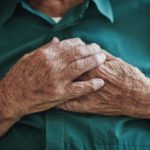