Researchers from Germany, Brazil, and Austria have found that the pattern of antimodified protein antibody (AMPA) response in patients with rheumatoid arthritis (RA) may determine the risk of relapse in those who are in sustained remission and who are tapering disease modifying antirheumatic drug (DMARD) therapy.1

Prior studies have shown that only a portion of patients with RA can successfully taper DMARD treatment without disease flare or relapse.2   Developing a diagnostic tool to predict the risk of relapse after treatment cessation may be a useful tool to aid clinical decision making.

“We have previously shown that presence of anticitrullinated protein autoantibodies (ACPAs) determines the risk for disease relapse in patients tapering DMARD treatment3…in contrast to rheumatoid factor, AMPA response is much less affected by the inflammatory disease activity of RA and hence is likely to be also maintained in patients with RA in sustained remission,” noted Camille P Figueiredo MD, PhD, from the Department of Internal Medicine at the University of Erlangen Nuremberg in Erlangen, Germany, and from the Division of Rheumatology at the Universidade des Sao Paulo in Sao Paulo, Brazil and colleagues.

Briefly, to be enrolled in the RETRO study, patients had to have RA for at least 12 months, and sustained clinical remission with a disease activity score (DAS) of 28 based on erythrocyte sedimentation rate (ESR) of less than 2.6 for at least 6 months.

In addition, patients had to receive stable treatment with synthetic and/or biological DMARDs without alteration in dose for at least 6 months.

“We linked this heterogeneity of AMPA responses to biological differences by analyzing the risk for recurrence of disease when tapering DMARD therapy. Our findings support the biological relevance of autoimmunity in RA by showing that patients with a more widespread AMPA response face a higher risk for disease relapse,” the authors concluded.

This study demonstrated that a broader antimodified protein antibody (AMPA) response is associated with higher rates of RA relapse.  The antibody pattern and AMPA response was correlated with the likelihood of successful DMARD withdrawal or taper.

Study authors hypothesized that patients with a more widespread immune response, as indicated by specific patterns of citrullinated, homocitrullinated/carbamylated, or acetylated proteins, may be less likely to be successfully tapered off DMARDs.

These observations may provide clinicians with tools to assist in clinical decision-making, tailored to the patient’s specific AMPA response profile.

AMPA patterns were analyzed post hoc. Future studies that include AMPA as a prognostic factor are warranted to confirm its predictive role in disease relapse.

Additionally, comprehensive AMPA testing that is easy to use has yet to be developed to implement this strategy in daily clinical practice. Currently, AMPA testing is confined to testing for anticitrullinated protein antibodies. 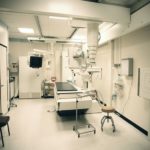