Research from King’s College Hospital and the South London and Maudsley NHS Foundation Trust have found that symptoms of depression and anxiety may influence patient global assessment and tender joints in rheumatoid arthritis (RA).1

“The relationship between mental and physical health is bidirectional. Experiencing psychological distress may inflate the subjective severity of patient-reported symptoms such as pain and tenderness,” wrote Faith Matcham, MSC, from King’s College London and colleagues. “Psychological distress may [also] impact health outcomes by influencing health behaviors such as medication adherence and smoking.”

Increased psychological symptoms in RA is associated with poorer patient outcomes, including increased pain, fatigue, service usage, and increased risk of premature mortality. However, a recent systematic review has found that only 7 studies have examined the longitudinal relationships between depression and RA outcomes.2  Thus, researchers sought to study in a longitudinal manner the relationship between baseline depression and anxiety and patient global assessments of RA disease activity.

While the researchers did not replicate their previous finding of an association between depression and anxiety and poorer outcomes in RA, this might be due to a lack of statistical power to predict a binary outcome.

“The current study uses a more robust, validated method of identifying depression and anxiety, in a more heterogeneous clinical sample, with longer and more variable disease duration. This strengthens the evidence indicating a prospective relationship between depression and anxiety and poorer subjective disease outcomes in RA,” the authors wrote.

The researchers noted that there are several possible explanations for the associations found between depression and anxiety and patient global assessment and tender joint counts.

Psychological distress is associated with worsened health behaviors such as failing to take medications as prescribed, increased smoking, or reduced physical activity, which can contribute to worsened disease outcomes. “The association between depression and anxiety and the subjective DAS28 elements would suggest that depression/anxiety impact perceptions and behaviors, rather than immune dysregulation,” the authors wrote.

Further investigation of mediators between depression/anxiety and RA are warranted. Potential targets for investigation include negative cognitions, behavioral activity, and health behaviors.

As measured by the DAS28, symptoms of depression and anxiety have implications for disease activity, primarily due to their influence on patient global assessment and tender joints.

This finding has implications in treatment decisions, as inflated DAS28 may point to psychological comorbidities and non-inflammatory pain, rather than bona fide RA activity, even in the presence of low levels of inflammatory disease markers.

The authors declare that they have no competing interests. 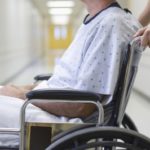 Do Biologics Decrease the Need for Mechanical Aids in RA?