Researchers conducted a cross-sectional survey of adults to determine the prevalence of self-reported joint symptoms among primary care patients with and without musculoskeletal concerns but without a diagnosis of inflammatory arthritis. A questionnaire was sent to patients from 56 different general practices within the UK National Institute for Health Research Clinical Research Network. The questionnaire collected data evaluating the presence of 13 symptoms, including joint pain, stiffness, swelling, fatigue, and emotional distress. Participants also completed an 11-item early inflammatory arthritis (EIA) detection tool.

Symptoms of joint swelling were less frequent but still common, with 18% of nonconsulters and 24% of consulters reporting. Similar symptom frequency and severity was noted for joint stiffness. The researchers noted there was “significant missing data,” which they wrote may have been indicative of questionnaire fatigue.

“Early diagnosis of [rheumatoid arthritis (RA)] is key to improving outcomes… This study highlights that primary care patients, whether consulting for [a musculoskeletal] indication or not, commonly report… symptoms that may be suggestive of inflammatory arthritis,” the researchers wrote. “The burden of symptoms reported by participants in this study highlight the challenges of successfully implementing public health campaigns designed to raise awareness of early symptoms of RA.”

One limitation for this study is the significant lack of missing data, attributable to the study’s nature as a large, unselected cohort surveyed via mail. Generalizability of these results may be limited by the location and race of the majority of participants.

The researchers concluded that “[f]urther studies are required to determine which patients with symptoms are at highest risk to ensure effective early referral and treatment of patients with RA.”

One investigator received honoraria from Eli Lilly and Company. 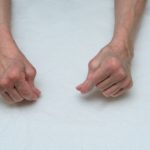