Biologics, approved nearly 20 years ago for the treatment of rheumatoid arthritis (RA), transformed treatment, and tumor necrosis factor inhibitors (TNFis) are now usually the first and most frequently used biologics.1

Although all TNFis block TNFα and are broadly similar in efficacy and toxicity, resulting in little preference of one over another, there are important differences in TNFis for specific clinical conditions that recent research has made more apparent.2

Most of the important differences among TNFis have been attributed to their structure.3 The 5 TNFis approved for use in RA include 3 full monoclonal antibodies: infliximab, adalimumab, and golimumab; 1 fusion protein, etanercept; and a PEGylated Fab fragment, certolizumab. The structural dissimilarities may explain the variance in their in vitro and in vivo actions, which are associated with differences in providing an adaptive immune response (antibody-dependent cell-mediated cytotoxicity) or innate immune response (complement-dependent cytotoxicity), their capacity to generate apoptosis, and their capacity to neutralize TNFα.3

Choice of TNFi and Infection Risk

Those with RA who have higher disease activity4; who are older; have diabetes, chronic pulmonary disease, or renal failure; or who are taking glucocorticoids are at increased risk for infection.5,6 Because TNFα is involved in the regulation of immunity, blockade may increase the risk for infection, particularly in the first 6 months of therapy, as risk decreases over time.7-9

Rheumatology Advisor spoke with Fabiola Atzeni, MD, PhD, a rheumatologist and associate professor at the University of Messina in Messina, Italy, about her recent paper on similarities and differences of TNFis in RA treatment.3 “There is an increased risk of infection in both standard and high-dose anti-TNF drugs, which was confirmed in a recent meta-analysis,” she said.

Although individual TNFis are thought to have similar rates of infection,2 results from the Rheumatoid Arthritis-Observation of Biologic Therapy (RABBIT) prospective cohort study of 1529 patients with RA suggest that etanercept may be associated with lower rates of serious bacterial infection.10

Mycobacterial infection risk, in particular, is lower with etanercept than [with] the monoclonal antibodies.2 “All TNFis increase the risk for tuberculosis; however, etanercept has been associated with less of a risk than adalimumab, infliximab, and golimumab,” Dr Atzeni commented. A recent meta-analysis of 100 randomized clinical trials and 63 long-term extension studies showed an incidence rate of tuberculosis in those receiving TNFi monoclonal antibodies of 307.71 (95% CI, 184.79-454.93) compared with 67.58 (95% CI, 12.1-163.94) for etanercept.11

Fungal infections, coccidioidomycosis, histoplasmosis, and listeriosis have also been associated with infliximab more than with etanercept.12,13

Choice of TNFi and Immunogenicity

The development of anti-drug antibodies (ADAs) is associated with infusion reactions and a loss of efficacy resulting from lowered drug levels, ultimately leading to drug discontinuation.2

Both infliximab and adalimumab allow a reduction in the corticosteroid dose in immune-mediated uveitis.15-17 There are not sufficient data on golimumab and certolizumab to determine effectiveness, but case series have shown positive results.2

Choice of TNFi in Pregnancy

The mother’s immunoglobulin G level is the primary means of fetal immunity, with concentrations increasing in the second and third trimesters.2 Whereas infliximab and adalimumab are complete immunoglobulin G antibodies and are actively transported across the placenta, certolizumab is not.2

In a recent prospective observational cohort of 495 women who were pregnant and 1532 controls, TNFis, including adalimumab, infliximab, etanercept, certolizumab, and golimumab, were associated with an increased risk for major birth defects (adjusted OR, 2.2; 95% CI, 1.0-4.8), preterm births (adjusted OR, 1.69; 95% CI, 1.1-2.5), but not spontaneous abortion. Birth weights were also lower after TNFi exposure (P =.02).18

Safety data on certolizumab, taken from Union Chimique Belge, a Belgium pharmaceutical company, were published recently.19 Of 339 maternal exposures to certolizumab, there were 254 live births, 52 miscarriages, 32 elective terminations, and 1 stillbirth, which is comparable to outcomes reported in the general United States population.2 Nearly all women had certolizumab exposure during the first trimester, and approximately 33% continued to take certolizumab into the second and third trimesters.

TNFi exposure periconceptually is thought to result in a low risk for adverse outcomes. However, because less certolizumab passes into the fetal circulation, it may have a safety advantage over other TNFis.2

TNFis that may be advantageous in specific clinical situations including the following2: 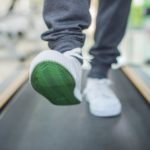