Rheumatoid arthritis (RA) is a systemic inflammatory disease characterized by persistent synovitis and sustained inflammation of the synovium. When poorly controlled, RA leads to progressive joint destruction. The health-related impact of RA includes joint pain and stiffness, which often lead to poor sleep pattern and depression, and collectively contribute to lost productivity and significant healthcare costs.

The primary and optimal goals of RA treatment are to achieve and maintain remission or low disease activity and improve patient quality of life.1 Patient-reported outcome is an increasingly important component of effective RA treatment.2-4 There is accumulating evidence for the role of circadian rhythm in augmenting the efficacy of RA treatment to slow radiographic progression of disease and improve associated sleep deprivation and depression.

The impact of sleep deprivation as a health hazard is well recognized.5 Sleep is considered an important predictor of immunity, and sleep deprivation has been linked to enhanced susceptibility to infection.6,7 There is increasing evidence that sleep deprivation may in fact be a driver for the development or progression of inflammatory joint diseases, including RA.

The majority of published literature on this topic focuses primarily on the impact of autoimmune disease on sleep quality, rather than on sleep as a contributing factor to the autoimmune disease.7 These studies consistently confirm a profound impact of sleep deprivation on those with RA, including poor quality of life, fatigue, and other physical and mental health problems.8-12

The few studies that do link sleep deprivation with increased risk for autoimmune disease have been carried out in individuals with sleep apnea, and therefore may not be representative of the larger population with non-apnea sleep disturbance.13 However, a recent cohort study involving 84,996 adults demonstrated a link between non-apnea sleep disorders and subsequent occurrence of autoimmune diseases, including RA, systemic lupus erythematosus, ankylosing spondylitis, and Sjögren syndrome.14

Although the pathophysiologic mechanisms are largely unknown, the link between sleep deprivation and RA is thought to involve the breakdown of immunologic self-tolerance, thereby driving development of autoimmune diseases, as demonstrated in a murine model of systemic lupus erythematosus, in which sleep deprivation contributed to earlier onset of disease.15

Controlled experimental studies on the effects of acute sleep loss in human subjects have shown that mediators of inflammation are altered by sleep deprivation. There is evidence that impaired functioning of regulatory T cells is involved. Regulatory T cells are the key players in suppressing inappropriate immune response, and breakdown of self-tolerance is central to the pathogenesis of most autoimmune diseases, including RA. Experiments in sleep-deprived healthy subjects have shown a reduction in the suppressive activity of regulatory T cells.

Sleep deprivation has also been shown to increase levels of several proinflammatory cytokines, including interleukin (IL)-1, IL-1β, IL-6, IL-17, and tumor necrosis factor-alpha (TNF-α), all of which are known to be associated with several autoimmune diseases, including RA.14,16 Furthermore, acute total sleep deprivation has been shown to increase cortisol levels and stress significantly, and the observed changes in circadian rhythm increased plasma TNF-α, IL-10, and C-reactive protein levels significantly.17

There is emerging evidence that circadian rhythm, which determines the timing of sleep in a 24-hour rhythm in accordance with the external light-dark cycle, is a strong regulator of immunologic processes.18,19 Circadian oscillation of components of the immune system has been shown to be an integral regulator and may have an impact on disease onset and response to therapies.20 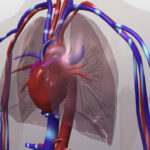 Is There A Need For Updated CVD Risk Assessment Algorithms for RA?