Elevations in dermal temperature appear to accurately identify patients with rheumatoid arthritis (RA) who are at increased risk of developing radiographic joint damage. Furthermore, increased joint temperature was shown to have both high sensitivity and specificity for predicting new joint damage in the next year after screening.  These findings were recently published in Arthritis Care & Research.

The recognition that outcomes are improved with early, targeted treatment has prompted a search for cost-effective, accurate tools to identify patients who are at high risk for progressive disease. The dermal thermometer was identified as a relatively low cost tool that is simple to administer and provides objective data, thereby being a good screening tool candidate if validated.

“This study was a proof-of-concept design, not to compare multiple scoring systems evaluating RA but to determine if joint skin temperature identifying individuals with active inﬂammation had prognostic signiﬁcance,” the authors stated.

An observational, parallel-group study was designed, analyzing data from patients with seropositive (rheumatoid factor-positive and/or cyclic citrullinated peptide antibody-positive) RA who were being treated at a single outpatient rheumatology clinic between 2009 and 2014. In these patients, RA was diagnosed according to the 1987 American College of Rheumatology (ACR) revised criteria and the 2011 and the European League Against Rheumatism criteria.

Patients were eligible for inclusion into the study if they were receiving stables doses of methotrexate (MTX, 20-25 mg/week) for at least 3 months. Use of another biologic or disease-modifying antirheumatic drug (DMARD) prior to enrollment into the cohort or during the year of observation precluded inclusion into the study. MTX was continually administered through the observation year. Patients eligible for the study could also be on up to 5mg/day of prednisone and nonsteroidal antiinflammatory drugs.

Twenty-five healthy patients were recruited to serve as normal temperature controls. All patients underwent a physical examination, review of medical history, determination of erythrocyte sedimentation rate (ESR), C-reactive protein (CRP) levels, and hand/wrist radiographs. The forehead was selected as representative of central body temperature since less variations are seen at that site as compared to the ear.  A digital thermometer was first placed on the forehead and then on either the left wrist (selected as default) or the joint identified by patients as being most painful.

It was further suggested that cytokine production may be causing increases in dermal temperature over inflamed joints with radiographic progression.

“Using a simple clinical tool to identify patients… may also positively impact patient understanding, acceptance, and adherence, and, unlike other tools, can quickly and easily be used to ascertain joint temperature as part of standard vital signs in less than 1 minute, with no added cost,” the authors concluded. 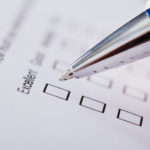