For patients with undifferentiated arthritis, early treatment may potentially delay subsequent progression to rheumatoid arthritis (RA), according to a study published in Arthritis Care & Research.

To evaluate the effects of treatment on patients with undifferentiated arthritis, researchers conducted an extensive literature search which identified 9 studies; RA development was considered the primary outcome. Among these studies, treatments included methotrexate, abatacept, infliximab, glucocorticoids (intra-articular or intramuscular), and radiation synovectomy.

Regarding studies with indirect comparisons, while most of the interventions were associated with reduced risk of RA development, treatment with methotrexate (OR 0.16, 95% CI 0.08–0.33) and intramuscular methylprednisolone (OR 0.72, 95% CI 0.53–0.99) were found to have statistical significance.

“These findings suggest that there is a window of opportunity to treat patients with [undifferentiated arthritis] early, to delay subsequent progression to RA,” the authors concluded. 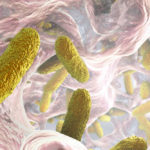