Outcomes observed in patients with rheumatoid arthritis (RA) suggest an equal or even superior effectiveness of non-tumor necrosis factor inhibitor (TNFi) biologics compared with TNFi therapy, according to results of a prospective study published in Rheumatology.

The investigators sought to compare the real-world absolute and relative effectiveness in patients with RA who were initiating treatment with any of the available biologic disease-modifying anti-rheumatic drugs (bDMARDs). The Swedish Rheumatology Register was used to identify patients with RA who initiated bDMARDs therapy (TNFi, rituximab, abatacept, or tocilizumab) between January 1, 2010, and December 31, 2016 as a first bDMARD (n=9333) or after a switch from TNFi as a first bDMARD (n=3941).

Therapeutic effectiveness was evaluated at 3 months and 1 year after initiation of treatment as the percentage of patients remaining on therapy and via the European League Against Rheumatism (EULAR) Good Response, Health Assessment Questionnaire (HAQ) improvement >0.2, 0 swollen and tender joints, and Clinical Disease Activity Index (CDAI) remission.

The investigators concluded that treatment outcomes reported in patients with RA demonstrated the superior efficacy of non-TNFi bDMARDs, particularly tocilizumab and rituximab, compared with TNFi therapy. It should be noted that the safety and cost-effectiveness of individual bDMARDs were not analyzed in this study. 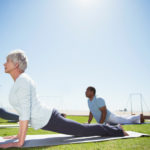