The influence of maternal rheumatoid arthritis (RA), but not paternal RA, in the development of epilepsy in offspring suggests that epileptogenic mechanisms may be triggered by changes in the intrauterine environment during pregnancy as a result of RA flares or the treatment for RA, according to research reported in Neurology.1

Using the Denmark national registries database, Ane Lilleore Rom, PhD, of Copenhagen University Hospital Rigshospitalet, and colleagues identified 1,909,933, singleton children born to Danish parents (and living in Denmark) between January 1, 1977 and December 31, 2008 who could be biologically linked to their mothers for study. Information was reviewed from the 29th day after birth up to the end of the study period on December 31, 2010 for a diagnosis of epilepsy. Children who developed epilepsy were stratified into 3 groups according to age at diagnosis: early childhood (<5 years), late childhood (5-15 years), or adolescence/adulthood (>15 years of age).

Information on the diagnoses of RA among the parents of the infants was collected from the same years from the Danish National Hospital Registry, and the children were classified as being exposed or not exposed to preclinical or clinical RA from either parent prior to or after birth. Average follow-up was 16 years.

The hazard ratio (HR) for increased risk of the onset of childhood epilepsy through maternal exposure to RA was 1.34 in early childhood and 1.27 in later childhood (after age 5). Exposure to paternal RA was not associated with either early or late childhood epilepsy (HR 0.97 and 0.95, respectively) compared to children who had no exposure from their parents. There was no corresponding risk between exposure to RA by either parent and epilepsy onset during adolescence or adulthood.

Previous studies have indicated a link between development of epilepsy and autoimmune diseases of the brain such as systemic lupus erythematosus, antiphospholipid syndrome, and multiple sclerosis, and a 3-fold increase associated with RA.2-4 Results of the Denmark study indicated a 90% increased risk of epilepsy among children born to mothers who had clinical RA, and a 30% increased risk in children exposed to preclinical RA in the mothers.

Although significantly lower, the risk among children of mothers with preclinical RA compared to clinical RA provided some evidence that the mechanism of the impact was not directly related to RA treatment, as women with preclinical disease did not receive any.

In an accompanying editorial,5 Russell C. Dale, MRCP, MD, of the Children’s Hospital at Westmead, University of Sydney, Australia and J. Nicholas Brenton, MD, of the University of Virginia in Charlottesville, agreed with this presumption, observing that, “While therapies to treat maternal RA could conceivably be an alternative exposure factor that increases epilepsy risk, the fact that mothers with preclinical RA (presumably not taking immune-modulating medications) had offspring with an increased risk makes this less plausible.”

Dr Dale reports receiving speaker honoraria and royalties from Biogen Idec and Bristol Myers Squibb, and is a member of the editorial advisory board for MSARD, Neurology: Neuroimmunology & Neuroinflammation and the European Journal of Paediatric Neurology. He also reports research support from NHMRC, Tourette Syndrome Association, and Multiple Sclerosis Research Australia. 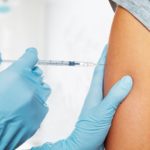