Members of a steering committee and task force have updated the European League Against Rheumatism (EULAR) recommendations for rheumatoid arthritis management to include new guidelines on starting effective therapy in patients early with a goal of low disease activity or stringent remission across 3 phases of treatment, according to recently published guidelines in the Annals of Rheumatic Diseases.

Josef S. Smolen, MD, from the Division of Rheumatology, Department of Medicine at the Medical University of Vienna in Austria, and colleagues formed a steering committee comprising 7 rheumatologists, 1 patient representative, and 3 fellows and a task force of 50 individuals, which consisted of members from the committee as well as 3 patients, 2 health professionals, and 2 delegates of the EULAR young rheumatologists’ network, Emerging Eular NETwork (EMEUNET), to review EULAR recommendations for RA management from 2013. The groups performed a systematic literature review of the latest information, strategies, trials of new agents, and the latest insights since the 2013 recommendations were published.

The task force endorsed 4 overarching principles for the recommendations:

Additionally, the EULAR steering committee and task force released 12 recommendations based on their literature review, which was a consolidation of 14 recommendations in the 2013 guidelines. The recommendations are not ranked in order but are listed based on the need for initial effective therapy early and to set a treatment target.

“With these prerequisites in mind, different drugs or combinations of agents are recommended in the course of the therapeutic procedures, with suggested sequential increments, taking prognostic factors and all approved agents into account,” Dr Smolen and colleagues wrote. “They also mention some agents of potential future interest, even though not yet approved by international regulatory authorities.”

The EULAR steering committee and task force made the following recommendations for RA management:

“The 2016 update of the EULAR recommendations is based on the most recent evidence in the area of RA management and on discussions by a large and broadly international Task Force. The recommendations synthesize the current thinking on approaching RA treatment in a set of overarching principles and recommendations,” Dr Smolen and colleagues wrote in their study.

“These have been informed by [systematic literature reviews] on the efficacy and safety of the drugs. The Task Force is convinced that adhering to these recommendations, including shared decision making, defining the treatment target, assessing disease activity regularly with appropriate instruments and applying the sequence of drugs as proposed and in a treat-to-target strategy, will maximize the overall outcome in a vast majority of patients with RA.” 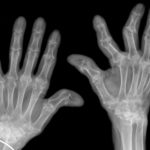