The prevalence of anxiety and depression is higher among adults with arthritis compared with the general population, according to survey data published in the Morbidity and Mortality Weekly Report.

The National Health Interview Survey (NHIS) is an annual, cross-sectional survey that captures nationally representative data from the civilian US population. To estimate the national prevalence of anxiety and depression among adults (≥18 years) with arthritis, the Centers for Disease Control and Prevention abstracted NHIS response data from 2015 to 2017. Subsequent analyses combined NHIS data for 2015, 2016, and 2017 from the Sample Adult component of the survey (n=93,442). A randomly selected subset of sample adults (n=46,742) completed the Adult Functioning and Disability supplement during the 3-year period. The supplement captured any arthritis diagnosis as well as anxious and depressive symptomatology. Age-standardized prevalence figures were calculated using the 2000 projected US population data for each age demographic.

Anxiety and depression occurred with higher prevalence in women and among those who were unemployed, unable to work, or disabled. In addition, individuals who reported a sexual identity other than heterosexual were at higher risk for depression and anxiety compared with those who identified as heterosexual. Adults with higher educational levels and greater income had reduced prevalence rates of depression and anxiety. Those who reported current smoking had higher prevalences compared with those who never smoked. 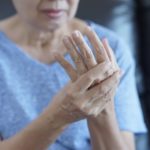