New research from a large cohort of patients with rheumatoid arthritis (RA) initiated on anti-tumor necrosis factor (TNF) therapy suggests that improvements in fatigue are mediated not by reductions in peripheral inflammation, but by changes in central pain processes.1 This data was recently published in Arthritis Care & Research.

Fatigue contributes significantly to the morbidity associated with RA, however there is continued debate as to the underlying mechanisms driving fatigue. While there is data suggesting that short-term control of peripheral inflammation ameliorates fatigue in patients with RA2, there has been less research on the long-term effects of treating inflammatory mediators as a way to treat fatigue.

Thus, researchers sought to elucidate if longer term decreases in fatigue seen with anti-TNF therapy were reflective of modifications in central pain mechanisms, as opposed to peripheral inflammatory pain mechanisms.

Researchers from the University of Aberdeen, Scotland analyzed data from patients enrolled in the British Society for Rheumatology Biologics Register for RA (BSRBR-RA).

This prospective registry included patients in the U.K. with physician-diagnosed RA, or RA diagnosis according to the American College of Rheumatology criteria, who had started anti-TNF therapy with either infliximab, etanercept, adalimumab, or with traditional disease-modifying antirheumatic drugs (DMARDs).

Changes in disease activity, pain, and fatigue were all followed over the course of 6 months.  Pain was assessed with the short form-36 (SF-36) bodily pain scale, and disease activity was measured using the Disease Activity Score in 28 joints (DAS28).

A total of 13 122 patients were identified as having been prospectively registered in the BSRBR-RA and initiated on anti-TNF pharmacotherapy between October 2000 and November 2008.  Of these patients, 2 652 (38.8%) were identified as having severe fatigue at baseline, defined by a score ≤5th percentile (≤12.5; range 0–100) on the SF-36 vitality scale, who also had accompanying fatigue data at the 6-month followup mark.

Varimax rotation was used for principal components factor analysis to determine latent variables of symptom change. Variables with eigenvalues ≥1 were subsequently accepted.  Of the 6 latent variables identified, 2 were accepted (eigenvalues of 2.39 and 1.14, respectively).

In a large prospectively followed cohort of patients with RA starting anti-TNF therapy for the first time, 2 latent variables were identified that suggest that improvements in fatigue over a 6 month period were mediated by centrally driven pain as opposed to peripheral inflammation.  These results suggest that targeting central pain mechanisms may most effectively treat fatigue in these patients.

“[For] clinicians wishing to treat fatigue, improvements will likely be maximized by the application of pharmacologic and nonpharmacologic treatment modalities that effectively target central pain”, the authors stated.

“The variables also appear to suggest that the effect of improvements in central pain on fatigue management is underestimated by current strategies, which seek to modify pain caused by peripheral inflammation.”

The researchers report no competing interests. The British Society for Rheumatology Biologics Register for Rheumatoid Arthritis is funded by UK pharmaceutical companies.  Data analyses, interpretation, and publication were made autonomously of any pharmaceutical contribution. 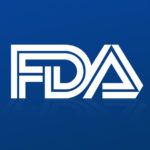