Pfizer announced that Inflectra™ (infliximab-dyyb) for injection will be shipped to wholesalers in late November 2016.

Inflectra, a biosimilar of Remicade (infliximab Janssen), was approved by the US Food and Drug Administration (FDA) in April 2016 for the treatment of adult and pediatric patients (≥6 years) with moderately to severely active Crohn’s disease who have had inadequate response to conventional therapy; adult patients with moderate to severely active ulcerative colitis who have had an inadequate response to conventional therapy; and moderately to severely active rheumatoid arthritis in combination with methotrexate, active ankylosing spondylitis; active psoriatic arthritis; and chronic severe plaque psoriasis.

A biosimilar is a biological product that is approved based on data showing that it is highly similar to the existing biological product, known as the reference product. Minor differences in clinically inactive components may exist.

Inflectra is a tumor necrosis factor (TNF) blocker that neutralizes the biological activity of TNF-α by binding with high affinity to the soluble and transmembrane forms of TNF-α and inhibit binding of TNF-α with its receptors.

Some biological activities attributed to TNF-α include: induction of proinflammatory cytokines such as inteleukin(IL)-1 and IL-6, enhancement of leukocyte migration by increasing endothelial layer permeability and expression of adhesion molecules by endothelial cells and leukocytes, activation of neutrophil and eosinophil functional activity, among others.

Inflectra will be available as 100mg lyophilized powder for intravenous (IV) infusion in single-use 20mL vials. 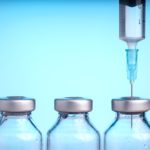