Since their introduction in the late 1990s, TNFis have improved outcomes for many patients with RA. Meanwhile, the mean patient age at RA diagnosis has increased from approximately 50 years to 58 years, according to a previous observational study, and life expectancy in industrialized nations continues to rise.2 Though these trends indicate a growing number of elderly patients with RA, they may be less likely to receive the current mainstay of RA treatment due to concerns about age-related adverse effects and comorbidities.

Despite these potential issues, this group is “inadequately represented in RA clinical trials because of the exclusion criteria that are commonly applied,” and thus “patients with RA in clinical practice might differ from patients selected for inclusion in clinical trials,” wrote the authors of a new study published in BMC Musculoskeletal Disorders.2

To address this gap, scientists at the Hanyang University Hospital for Rheumatic Diseases in Seoul Korea investigated the safety and rate of retention of TNFis in 107 RA patients aged 60 years or older vs 322 patients who were younger than 60 years old.

Data was obtained retrospectively from the hospital’s medical records, and patients’ charts were thoroughly reviewed by trained health professionals. Information regarding demographics, disease activity, treatment, numerous comorbidities at the start of disease-modifying antirheumatic drug (DMARD) therapy, and laboratory results were noted. The observation period began with the initial dose of TNFi and spanned approximately 2 years.

The comparison of baseline characteristics showed that there were more males in the older group than in the younger group (22.4 % vs 11.2 %, P=.01), as well as a higher number of prior non-biologic DMARDs (4.4±1.7 vs 3.9±1.5, P=.01). While the mean disease activity score was not significantly different between groups at the start of treatment, the older group had a greater number of comorbidities compared with the younger group (P<.001), as follows:

While 3-year retention rates did not differ significantly between groups (P=.33), there were differences in the main reasons for TNFI discontinuation: adverse effects in the older patients (34.3%) vs ineffectiveness in the younger patients (41.7%). There was a higher overall incidence rate of serious adverse effects in the older vs younger group (incidence rate ratio [IRR] 1.20, 95% CI 0.63-2.29).

Though additional studies with larger sample sizes and various data sources are needed to assess long-term safety of TNFi for elderly patients, results of the current study show that retention rates are similar in patients younger than 60 years compared with those aged 60 years and older.

The small sample size of elderly patients was one limitation of the study, and it also did not consider age of RA onset, which has been linked with divergent disease manifestations. Finally, because of the small sample size, the authors were unable to evaluate outcomes for each TNFi.

This study was supported in part by a grant from the BMS pharmaceutical company Korea Limited. The authors declare that they have no competing interests. 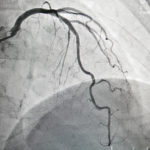 Addressing the Lack of Validated Risk Calculators for CVD in RA