Low serum concentrations of vitamin D (1,25(OH)2D—calcitriol) are involved in the pathogenesis of rheumatoid arthritis (RA) and systemic sclerosis (SSc), and have an impact on clinical manifestations, according to findings from a review published in Frontiers in Immunology.

Researchers evaluated the influence of seasonal variations in 25OHD (calcidiol) on the clinical presentations of 2 different, paradigmatic models of autoimmune disease – RA, a chronic inflammatory disorder, and SSc, a prefibrotic condition.

Objective and subjective differences in disease activity have been observed, according to the season of the year, in patients with RA. In the Northern Hemisphere, spring has been associated with worsening inflammatory articular symptoms, whereas in autumn, improvements have been observed in tender joint count, swollen joint count, patient visual analog scale (VAS), HAQ, and inflammatory markers. Seasonal variations in symptoms of fatigue also have been reported in patients with RA.

In patients with RA, the season of disease onset has been shown to be predictive of disease severity. In the Northern Hemisphere, RA presentation in winter or spring (ie, during low UV and low vitamin D levels) appears to be linked to a more rapid, erosive, radiographic RA progression at 6 months and a lower likelihood of 1-year remission.

In patients with SSc, calcitriol has been shown to interfere with the fibrotic process of the disease, acting on the transforming growth factor β that stimulates fibroblasts to synthesize extracellular matrix components. Deficiency of 25OHD is common among patients with SSc because of its association with intestinal malabsorption, as well as the hyperpigmentation and fibrosis of the skin that interfere with the effects of sunlight. In patients with SSc, 25OHD serum concentrations vary according to season of the year, with minimum values observed in winter in the Northern Hemisphere.

In the review, the researchers noted the lack of available clinical studies in the course of SSc. However, supraphysiologic oral vitamin D dosage for supplementation has been recommended because of the SSc-linked difficulty to restore adequate 25OHD serum concentrations. Currently, the real effect of vitamin D supplementation on RA activity has not been universally elucidated, with contrasting reports of efficacy.

Researchers concluded that “dedicated trials are desirable in the coming years to establish the optimal dosage of vitamin D supplementation to achieve a correct immune-modulation and a supportive role in the therapeutical armamentarium of at least RA and SSc.” 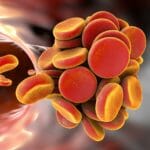