After 1 year, patients with rheumatoid arthritis (RA) who take certolizumab pegol (CZP) demonstrated reduced periarticular bone loss compared with patients who take a placebo, as measured by digital x-ray radiogrammetry (DXR). Clinical remission and 70% improvement according to American College of Rheumatology criteria (ACR70 response) were also associated with lower rates of demineralization compared with rates in nonresponders and patients not in remission, according to findings published in Rheumatology International.

Metacarpal demineralization is an early hallmark of RA that is well suited for detection by automated DXR, which offers excellent sensitivity and specificity. However, only a few trials have examined the effect of anti-inflammatory therapies on the loss of hand bone mineral density (BMD) and little data exist on this effect in the RA population. In addition, CZP has never been explored in this context.

At 52 weeks, DXR was used to assess BMD loss as g/cm2 change from baseline. A modified total Sharp Score estimated radiographic disease progression. Clinical remission was defined as a 28-joint Disease Activity Score (DAS28) <2.6 and was used along with ACR70 achievement as variables potentially associated with less demineralization. The primary outcome was BMD change over 1 year whereas the secondary outcomes were the strength of associations between BMD change and remission or ACR70 response. In addition to separation according to treatment, the cohort was also divided into patients with DAS28 ≤2.6 and DAS28 >2.6 and into ACR70 responders and nonresponders.

“DXR should now be considered as a tool, sensitive enough to assess minor differences archiving in therapies for patients with RA and also allowing a more optimal individualized treatment,” the authors noted. 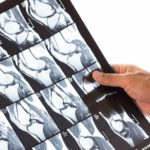