“The gap between supply and demand in the rheumatology workforce is expected to widen substantially by 2030,” stated B.J. Smith, PA-C, from the Florida State University College of Medicine School of PA Practice, and colleagues. “PAs have been identified as one potential solution [as the] value of PAs in medical practice has been documented.

“Opportunity exists to further document the value of PAs in rheumatology practice,” the authors commented. “Additional recruitment and training strategies should be developed to increase the number of adult and pediatric rheumatology PAs.”

Other potential options to address the rheumatology workforce shortage include mechanisms to increase training positions for adult and pediatric rheumatology fellows, the use of telemedicine, and optimizing practice efficiency. 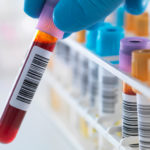