Clinicians conducting pneumococcal vaccination in patients with rheumatoid arthritis (RA) should take into consideration the type of RA treatment being used and offer early vaccination, according to the results of a recent randomized, controlled, parallel-group, open-label, phase 3 Danish clinical trial published in The Journal of Rheumatology.

The objective of the study was to evaluate initial serologic responses to the 13-valent protein-conjugated pneumococcal vaccine (PCV13) followed by the 23-valent polysaccharide pneumococcal vaccine (PPV23) in patients with RA being treated with biologic disease-modifying antirheumatic drugs (bDMARDs), based on dosing and intervals between immunizations.

The serologic response in patients treated with rituximab was 25% (95% CI, 0.04 to 0.96), compared with ≥89% in participants receiving bDMARD therapy with an alternate mode of action (anti–tumor necrosis factor-α, CTLA-4 [abatacept], or anti–interleukin-6).

The investigators concluded that, although early serologic response to prime-boost vaccination with PCV13 followed by PPV23 was similar in participants treated with bDMARDs vs csDMARDs, notable differences in response were observed according to the type of bDMARD therapy being used. They highly recommend providing vaccinations to patients with RA as early as possible, preferably prior to the initiation of immunosuppressive treatment, as bDMARD therapy may increase a person’s risk for pulmonary infections and delay the diagnosis due to possible masking of inflammatory symptoms. 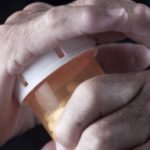