A recent investigation, published in PLos One, of an outbreak of Chikungunya virus (CHIKV) in Aruba found arthralgia, fever, and skin rash to be the most common acute phase symptoms and that female gender, high American College of Rheumatology (ACR)-score, and CHIKV-RNA detection beyond 7 days of symptom onset were predictive of post chikungunya chronic polyarthralgia (pCHIK-CPA).

The outbreak in Aruba in 2014 was the first for that country and patient sera was collected within 10 days of symptom onset. Acute infection was diagnosed via detection of immunoglobulin M (n=105), reverse-transcription polymerase chain reaction (n=59), or both (n=105), for a total of 269 confirmed cases. A telephone survey conducted 18 to 24 months after diagnosis was used in conjunction with chart data to determine frequency, duration, and predictors for pCHIK-CPA.

Recall bias could not be avoided in this study and the length of time between the telephone survey and disease may have affected acute phase reporting. Further selection bias in the cohort may have also occurred because a lack of public awareness about antiviral treatment likely prevented many symptomatic patients from seeking treatment. Comparisons of assessments by a qualified physician with the self-reported symptoms revealed an overestimate in the self-reported number of joints involved and the presence of signs. A prospective study of joint damage in patients from Aruba with persistent pCHIK-CPA is, however, being planned.

Investigators of this outbreak emphasized “the need for a combined molecular and serological approach to diagnose CHIKV in a single sample during the acute phase” as their results showed that up to one-fifth of cases would have been missed if reverse-transcription polymerase chain reaction had not been used. They also recommended further prospective studies to validate the pCHIK-CPA risk factors identified here so that necessary interventions such as disease-modifying antirheumatic drugs or antiviral compounds can be provided in individuals most at risk. 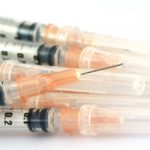