For patients with rheumatic heart disease (RHD) undergoing valve replacement surgery, the presence of thrombocytopenia at hospital admission may serve as an important prognostic marker for predicting in-hospital mortality and 1-year survival, according to study findings published in the Journal of the American Heart Association.

Investigators retrospectively identified patients with RHD who underwent valve replacement surgery (N=1789) and who had postoperative follow-up data at 1 year. The patients were stratified based on presence (n=495) or absence (n=1294) of thrombocytopenia (platelet count <150×109/L) at baseline.

A total of 69 patients (3.9%) died during hospitalization, with the thrombocytopenic arm having the highest rate of mortality vs those without the blood disorder (6.9% vs 2.7%, respectively; P <.001).

According to multivariate analyses, the investigators found thrombocytopenia to be an independent predictor for in-hospital all-cause mortality (odds ratio, 2.21; 95% CI, 1.29-3.80; P =.004).

Despite the use of multiple regression analyses to adjust for potential risk factors, this study may still have been affected by residual confounding. In addition, the investigators did not determine the causes of thrombocytopenia in these patients, which limits the ability to determine whether survival could have been influenced by factors that preceded the blood disorder.

Based on these findings, the researchers believe a “platelet count should be seriously considered by caregivers when evaluating initial patient workups” in the setting of RHD and prior to, during, and after valve replacement surgery. 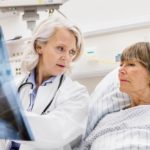 Risk for COPD, Asthma Examined in Women With Rheumatoid Arthritis