In a rheumatology clinic where contraceptive use was only documented in 46% of sexual encounters for women taking teratogenic medications, targeted quality improvement initiatives were used to improve documentation and counseling. This, in turn, improved the rates of effective and highly effective contraceptive use, according to a study published in BMJ Open Quality.

Many women of childbearing age take teratogenic medications for autoimmune diseases, but appropriate contraception use in this population is low, increasing their chances of a high-risk accidental pregnancy. The current study sought to improve the average 46% rate of contraception documentation at the Duke University Rheumatology Clinic by 20% through a quality improvement initiative over the course of the 2015-2016 academic year.

Three process measures were targeted: contraceptive documentation, including type and usage; contraceptive counseling; and follow-up provider action. A total of 181 female patients taking teratogenic medications who were between the age of 18 and 45 were identified for analysis. Multiple plan-do-study-act (PDSA) cycles were used to develop and evaluate interventions that modified templates for electronic medical records, improved interprofessional education for providers, offered periodic reminders to providers and questionnaires for patient screening, and gave consistent feedback on provider performance.

Researchers conclude that their quality improvement initiative through several PDSA cycles did bring about improvements in three process measures within the rheumatology clinic. “The interventions used are [generalizable] to most academic rheumatology practices with an [electronic medical record]. Ultimately, these and other interventions, including patient education, will be required to further improve these outcomes and prevent teratogen-exposed pregnancies.” 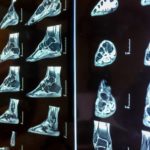