Jeffrey A. Sparks, MD, from Brigham and Women’s Hospital in Boston, and colleagues conducted a retrospective cohort study involving 53 RA patients who underwent bariatric surgery. Anthropometrics, laboratory values, RA disease activity, and medication use data measures were obtained at baseline (before surgery), at 6 and 12 months after surgery, and at most recent follow-up.

Two board-certified rheumatologists (JAS and BLB) reviewed medical records to determine RA disease activity, the second of whom was blinded to timing of bariatric surgery and the amount of weight lost. RA disease activity was categorized according to accepted criteria into high, moderate, low, or remission. Roux-en-Y gastric bypass was the most frequent type of bariatric surgery (81% of subjects).

Seventy-four percent of patients were in remission at the most recent follow-up (mean, 5.8 years after surgery), compared with 26% at baseline (P < 0.001). Compared with baseline, at follow-up visits, erythrocyte sedimentation rate (ESR), and C-reactive protein level (CRP) were significantly lower (P < 0.05). The use of DMARDs, NSAIDs, and glucocorticoids was decreased at all postsurgical time points compared to baseline (P < 0.05).

In this study, there were significant improvements in RA disease activity, serum inflammatory markers, and RA medication use in patients with RA after weight loss associated with bariatric surgery.1 These results suggest that substantial weight loss may play an important role in the management of RA in patients with obesity.

“Other factors, such as improved efficacy of medications, improved physical activity, and metabolic changes, may also have contributed to these postsurgical improvements,” the authors write.

This study was also limited by the fact that most patients included had one specific type of bariatric surgery (Roux-En-Y), and while the mechanism of improved disease activity appears to be linked to total weight loss and not necessarily surgical approach, studies including popular minimally invasive laparascopic approaches should be analyzed. 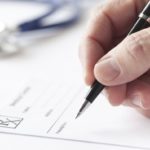