An international clinical practice study compared the many definitions of remission for rheumatoid arthritis (RA), with results published in the Journal of Rheumatology. Although the clinical definitions of remission were validated against physical function scores, many patients whose RA was not in remission also displayed good functional status. Investigators thus suggested that a multidimensional approach with goals beyond disease control may be effective in improving functional status among patients with RA.

Data from 32,915 patients and 157,899 visits were available, for a mean value of 6.9±7.9 visits per patient. The mean HAQ across patients was 1±0.8. The most stringent remission definition was that of the Boolean-based ACR/EULAR, according to which just 1.9% of patients were in remission at their first METEOR visit.

The proportion of patients with HAQ ≤0.5 was greatest when using the more stringent definitions of remission: 88.8% for Boolean-based ACR/EULAR, 81.7% for SDAI, and 80.5% for CDAI; however, according to the most stringent criteria, many patients with RA not in remission also had HAQ ≤0.5: 29.3%, 21.6%, and 25.1% of patients not achieving remission by the Boolean-based ACR/EULAR definition, SDAI, or CDAI, respectively. All remission definitions were associated with better functional status, with SDAI displaying the strongest relationship between remission and HAQ score (adjusted odds ratio 3.36; 95% CI, 3.01-3.74).

These data indicate that each remission definition is associated with functional status, although the more stringent definitions also excluded many patients with HAQ ≤0.5. As such, investigators suggested that physicians employ a multidimensional approach in defining remission and achieving functional goals. 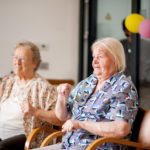 Fist Strength and Closure May Predict Arthralgia Progression to RA