Analysis of medical records from a large nationwide cohort study suggests an association between infection with the human immunodeficiency virus (HIV) and the incidence of certain autoimmune diseases. In this population, people living with HIV/AIDS (PLWHA) had an increased risk of psoriasis, systemic lupus erythematosus (SLE), uveitis, and Sjögren syndrome when compared with the general population. Results from this longitudinal study utilizing health insurance database data from Taiwan were recently published in the Annals of the Rheumatic Diseases.

Yi-Ming Arthur Chen, MD, ScD, and colleagues sought to clarify the relationship between initiation of highly active antiretroviral therapy (HAART) and the possible triggering of autoimmunity in PLWHA. The National Health Insurance Research Database (NHIRD), containing records from >99% of the population in Taiwan, was used to gather de-identified data from patients older than 15 years who were newly diagnosed with HIV between January 1, 2000, and December 31, 2012. Each patient was followed until the end of the study observation period, autoimmune disease diagnosis, or death.  The national death certificate database was used to collate mortality information.

Randomly selected individuals older than 15 enrolled into the NHIRD with no history of HIV infection, prior viral load testing, or CD4 count quantification served as the control group.

Researchers found the standardized incidence ratios (SIRs) of the following autoimmune diseases in PLWHA compared with the general population:

Autoimmune disease incidence rates were then further stratified according to exposure to HAART prior to diagnosis of an autoimmune disease.  The investigators found that PLWHA who had received HAART had higher SIRs for uveitis, psoriasis, and autoimmune hemolytic anemia but had lower SIRs for rheumatoid arthritis (RA) and ankylosing spondylitis when compared with the general population.

This is in contrast to PLWHA without prior HAART exposure, where higher SIRs were found for Sjögren syndrome, psoriasis, RA, SLE, scleroderma, polymyositis, and Hashimoto’s thyroiditis.

The authors noted that molecular mimicry between HIV virus proteins and autoantigens may be behind autoantibody production and therefore part of the pathogenesis of autoimmune disease.

“HAART could suppress viral replication and might reduce the antigen-driven immune response among PLWHA,” the study authors noted.

“The population of PLWHA is growing older, and clinicians thus need to be aware of their higher risks of [developing] autoimmune diseases,” the researchers concluded.

The study authors disclose no conflicts of interest. 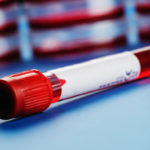