Myasthenia gravis was associated with incident autoimmune rheumatic diseases, with a particularly increased risk for rheumatoid arthritis (RA), primary Sjogren syndrome (pSS) and systemic lupus erythematosus (SLE) in those with myasthenia gravis who underwent thymectomy, according to a report published in Rheumatology.

Investigators were interested in exploring the relationship between myasthenia gravis and autoimmune rheumatic diseases because of prior evidence that suggested the conditions share common pathogenic mechanisms. Etiologic similarities could offer researchers and clinicians important clues about the nature of these associated disorders and their interactions with myasthenia gravis.

This population-based, nationwide cohort study used insurance claims between 2001 and 2012 provided by the National Health Research Institute of Taiwan to identify patients with newly diagnosed myasthenia gravis. Data from participants were compared with data from age- and sex-matched controls from the general population. The primary outcome was the incidence rate of rheumatic disease, with Cox regression used to estimate hazard ratios (HR) that were adjusted for sex, age, and comorbidities and stratified according to age, sex, and treatment.

“The clinical identification of the subgroup of patients with [myasthenia gravis] at an increased risk of associated autoimmune disease would be of considerable interest,” concluded the authors, discussing the clinical and therapeutic relevance of their findings. They recommended that future research continue to explore the underlying pathogenesis of these conditions in an effort to expand therapeutic options. 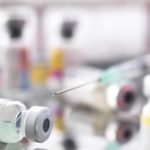