For every 5 patients with rheumatoid arthritis (RA) with improved disease activity scores or remission by clinical criteria, 2 will exhibit disease progression on magnetic resonance imaging (MRI), according to a study published in BMC Musculoskeletal Disorders.

The most commonly used response scores in RA are based on clinical disease characteristics and include the American College of Rheumatology response criteria and the European League Against Rheumatism (EULAR) response criteria, which incorporate the Disease Activity Score in 28 joints (DAS28).

The RA MRI Score (RAMRIS) has been shown to be sensitive and reliable for detecting erosive joint disease. In fact, MRI may demonstrate increased progression of erosive disease while C-reactive protein levels and DAS28 remain relatively unchanged, a phenomenon known as “silent progression.” MRI appears to be more sensitive for identifying ongoing disease activity than conventional measures, but whether MRI should be incorporated into clinical remission criteria is currently unclear.

In a retrospective study, researchers used RAMRIS to evaluate erosive changes by MRI in patients with RA with DAS28 improvement or remission by the American College of Rheumatology/EULAR 2010 criteria. Patient data were obtained from the Remission-plus study cohort.

In contrast, favorable changes in bone marrow edema and synovitis on MRI correlated with clinical measures of improvement.

Of the 71 patients exhibiting DAS28 improvement, 34 achieved remission by EULAR criteria. However, 41% of patients in remission had increased erosive disease on MRI at 12 months.

In RA, improvement in disease activity and remission are defined using clinical criteria. However, MRI is more sensitive than clinical markers for identifying radiographic disease progression. Researchers found that 40% of patients with improved disease activity scores or clinical remission had worsening erosive disease on MRI.

“Future studies are needed to determine the prognostic clinical impact of disease progression in MRI despite clinical remission, and to investigate if DAS28 remission may be an insufficient therapeutic goal and should be accompanied by MRI remission criteria,” the researchers wrote. 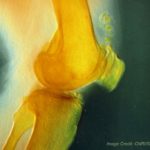 No Association Between Arthritis and Cognitive Impairment in Older Adults