Adalimumab dose tapering is associated with fewer disease flares than complete adalimumab withdrawal in patients in long-standing clinical remission from rheumatoid arthritis (RA), according to study data published in the Annals of Rheumatic Disease. Time to flare was also slightly longer in patients who tapered than in those who withdrew.

The PREDICTRA study (Phase 4 Trial Assessing the Impact of Residual Inflammation Detected via Imaging Techniques, Drug Levels and Patient Characteristics on the Outcome of Dose Tapering of Adalimumab in Clinical Remission Rheumatoid Arthritis [RA] Subjects; ClinicalTrials.gov Identifier: NCT02198651) was a double-blind randomized clinical trial conducted at 54 sites in Australia, Canada, Europe, and the United States. Patients with RA who were receiving adalimumab 40 mg every other week for ≥12 months and who were in stable clinical remission were eligible for inclusion.

Stable remission was defined as a 28-joint Disease Activity Score based on erythrocyte sedimentation rate (DAS28-ESR) or C-reactive protein of <2.6 for ≥6 months. Exclusion criteria were current use of biological disease-modifying antirheumatic drugs (bDMARDs) other than adalimumab or having a medical condition that precluded contrast-enhanced magnetic resonance imaging (MRI).

Of 146 patients treated during the open-label lead-in period, 122 were randomly assigned to the taper (n=102) and withdrawal (n=20) groups. The majority of participants were women (n=91; 75%). Patients had a mean 12.9±10.0 years of active disease, 5.4±3.3 years of adalimumab exposure, and 2.2±2.0 years of sustained RA remission. Flares were experienced by 37 (36%) and 9 (45%) patients in the taper and withdrawal groups, respectively. Time to flare was generally lower in the withdrawal group than in the taper group.

The study findings were limited by the small cohort size and relatively low baseline inflammation of enrollees, which may have limited the performance of imaging results to predict flare occurrence in this population.

“Tapering bDMARDs is an option for a subset of patients who are in deep, long-standing remission, and in case of a flare, previous bDMARD dose can be reinstituted to help regain remission in some but not all patients,” the investigators concluded. 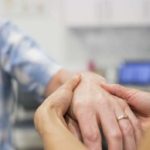 Evidence Points to the Effectiveness of Early Treatment in Rheumatoid Arthritis