The accurate assessment of disease activity in rheumatoid arthritis (RA) is necessary to facilitate adequate suppression of inflammation in order to limit the progression of joint and periarticular damage. More than 25% of patients with RA who have achieved clinical remission, however, have been found to have subclinical joint inflammation leading to further radiologic progression.1

Experts have noted that the most recent classification criteria by the American College of Rheumatology / European League Against Rheumatism (ACR/EULAR) may “still lead to significant over–and under–diagnosis within the first months after symptom onset and may overlook patients with symmetrical seronegative arthritis and limited joint involvement.”2,3

These points underscore the need for more accurate assessment tools. One method in particular, musculoskeletal ultrasound (MSUS), has been shown to be useful for direct visualization of the joint synovial tissue and synovial vascularization, as well as for monitoring therapeutic response.

“Musculoskeletal ultrasound provides high resolution imaging in the evaluation and monitoring of rheumatic diseases with the use of both gray scale and power or color Doppler applications,” explained Gabrielle P. Konin, MD, assistant attending radiologist at Hospital for Special Surgery, and assistant professor of radiology at Weill Cornell Medical College in New York, New York. “Small and large joints may be evaluated, with the small joints of the hands and wrists and feet the first line in evaluation using high frequency linear transducers,” she told Rheumatology Advisor.

A paper published in Medical Ultrasonography in September 2016 explored the use of MSUS to detect tenosynovitis, which has been found to be present in the early stages of RA and to progress along with the overall inflammation of the joints.1 In a previous MRI-based study, for example, 60% of patients with early RA had tenosynovitis in the dominant wrist or metacarpophalangeal (MCP) joint at baseline.4

In fact, multiple findings support the value of MSUS-assessed tenosynovitis in predicting erosive damage in patients with early RA, and in identifying patients whose RA is in unstable remission.5,6 In addition, numerous studies have shown that tenosynovitis detected by MSUS is responsive to treatment in patients with RA. In the MRI study, the number of patients with tenosynovitis decreased from 60% to 28% at both the 6-month and one-year points after beginning treatment with methotrexate, which demonstrates a good therapeutic response.3

Some of the advantages of MSUS over other methods include its relative ease of use, accessibility, and the capacity to quickly assess multiple areas. Another major benefit is that MSUS can be performed repeatedly without the risk of radiation exposure that is associated with conventional radiology.

MSUS is “more sensitive in detecting clinical and subclinical synovitis and tenosynovitis in comparison to CE in RA target areas,” and it “has been considered by some authors as the ‘gold standard’ method for the evaluation of superficial tendons,” according to a recently published1 review. “In fact, MSUS creates the possibility to analyze better the transition between inflammatory tendon pathology to partial or total damage1,” it was further noted. 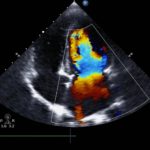