Increased cardiovascular disease (CVD) risk and related morbidity are established challenges for patients with rheumatoid arthritis (RA). Studies have shown that patients with RA have a 60% increased risk of myocardial infarction (MI), with a 70% increased risk of MI-related mortality.1,2  The role of inflammation in the body contributes to the development of both CVD and RA.

A group of UK-based researchers, led by Dr Audrey Low of the Arthritis Research UK Centre for Epidemiology at the University of Manchester, concluded that tumor necrosis factor-α inhibiting (TNFi) drugs drastically reduce the risk of MI in patients with RA when compared with a cohort of patients receiving synthetic disease-modifying antirheumatic drugs (sDMARDs). The study, published this week in the Annals of the Rheumatic Diseases, showed a 39% risk reduction for MI in the group receiving TNFi for RA (n = 11,200) vs those treated with sDMARDs (n = 3058).3

Dr Low and colleagues observed that previous studies examining the relationship between TNFi therapy and the risk of MI followed patients for 1 to 2 years, which may not provide adequate time to assess the anti-inflammatory effects of TNFi. With a median follow-up of 5 years, this study aimed to observe this relationship over a longer term.

“TNFi may influence the incidence of MI in the short term by stabilising plaque,” the authors wrote. “However,” they added, “any effect on plaque formation is likely to take much longer. Therefore, the full influence of TNFi on future MI risk may take many years to become apparent.”

“Inflammation is central in all stages of atherosclerosis, including endothelial function, plaque stabilisation and postinfarct remodeling,” the authors wrote in the analysis of the findings. “Thus inhibition of TNFα,” they postulated, “may influence accumulation and progression of plaque leading to fewer MIs.”

There was no observed relationship between MI severity/mortality and TNFi therapy in the final analysis, they concluded. Nevertheless, the authors said, future studies in this area are needed.

Dr Hyrich has received honoraria from Pfizer and AbbVie. 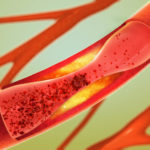