Among patients with rheumatoid arthritis (RA) with low or absent B-cell lineage expression signature in synovial tissue, tocilizumab is more effective than rituximab, according to study results published in Lancet. Investigators noted that the use of RNA sequencing-based stratification vs histopathologic classification of RA synovial tissue showed stronger clinical responses.

Study inclusion criteria were patients aged at least 18 years who fulfilled the 2010 American College of Rheumatology/European League Against Rheumatism (ACR/EULAR) classification criteria for RA and those who were eligible for treatment with rituximab therapy, according to the UK National Institute for Health and Care Excellence guidelines. The study was conducted in19 centers across 5 European countries, including the UK, Belgium, Italy, Portugal, and Spain.

Patients were histologically classified as “B-cell poor” or “B-cell rich,” after a baseline synovial biopsy. They were then randomly assigned 1:1 to receive 2 1000-mg rituximab infusions at 2-week intervals (rituximab group) or 8-mg/kg tocilizumab infusions at 4-week intervals (tocilizumab group). To improve stratification of the 2 groups, baseline synovial biopsies from all participants were sent for RNA sequencing and reclassified according to B-cell molecular signature.

The primary study endpoint was the difference in Clinical Disease Activity Index (CDAI) by a 50% or more improvement (CDAI50%) at 16 weeks between the tocilizumab group and the rituximab group in the intention-to-treat population.

In contrast, among the synovial biopsies that were classified as B-cell poor, based on RNA sequencing, participants in the tocilizumab group had a significantly higher response rate for CDAI50% than those in the rituximab group (63% vs 36%, respectively; difference, 26% [95% CI, 2%-50%]; P =.035).

In addition, the occurrence of adverse events (AEs) and serious AEs did not significantly differ between the 2 groups.

Study limitations included the potential inaccuracy of the “B-cell poor” and “B-cell rich” histologic classification; the comparison of tocilizumab, which itself modulates B-cell function and survival, to rituximab; and the study design, with no double-blinding drug allocation.

Investigators concluded that replication of the study results, along with validation of the RNA sequencing-based classification in independent cohorts, is warranted before providing treatment recommendations for patients with RA with inadequate response to anti-TNF therapy in clinical practice. 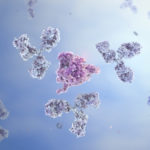