Cardiovascular abnormalities are present in patients with early rheumatoid arthritis (RA) and can be improved with disease-modifying antirheumatic drug (DMARD) therapy, according to study results published in Annals of the Rheumatic Diseases.

Rheumatoid arthritis has been associated with higher mortality largely because of increased risk for premature cardiovascular disease (CVD), independent of traditional risk factors. In the current study, investigators sought to evaluate the extent to which treatment-naive patients with early RA exhibited myocardial and vascular changes, and whether treatment with DMARDs over 2 years affected changes in cardiovascular abnormalities.

A total of 81 patients were enrolled in the study (ClinicalTrials.gov Identifier: NCT01295151) and received a cardiovascular magnetic resonance (CMR) scan at baseline. Patients were randomly assigned 1:1 to receive either first-line etanercept (ETN) plus methotrexate (MTX) or first-line methotrexate treat-to-target (MTX-TT). Thirty healthy control participants were matched with the first 30 patients in the study cohort by age and sex; each of the participants received a CMR scan. Of the study cohort, 71 underwent an additional CMR scan at 1 year, and 57 at 2 years. The primary end point was aortic distensibility. Researchers also measured left ventricular volume and mass, native T1, and myocardial extracellular volume.

Patient outcomes were analyzed at the 1- and 2-year follow-ups. From baseline to 1 year in the RA vs control group, aortic distensibility improved from baseline by 20% (geometric mean, 3.0×10-3 vs 3.6×10-3 mm Hg-1). Researchers also noted an increase in left ventricular mass (78.2 to 81.4 g/m2) in the RA group. Between the tumor necrosis factor inhibitor and MTX-TT groups, results showed no significant differences in change in AD or myocardial extracellular volume from baseline to 1 year.

These results indicated that treatment-naive patients with RA showed reduced AD and increased myocardial extracellular volume. In addition, AD was improved with the introduction of DMARD therapy at both the 1- and 2-year follow-ups, and neither treatment (ETN+MTX or MXT-TT) was shown to be significantly superior to the other.

The primary study limitation was the use surrogate indicators of CV risk. An additional limitation was the length of the study; the data were collected over 2 years and a longer evaluation timeframe could have informed the pathophysiologic sequence of events with regard to disease course and future events. 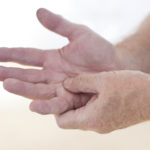