For patients with early rheumatoid arthritis (RA), a reweighted 28-joint disease activity score (DAS28) based on only 2 components (2C-DAS28CRP), C-reactive protein (CRP) and 28 swollen joint count (SJC28), was more strongly associated with synovitis and radiographic progression on ultrasound than the conventional DAS28 measure, according to a study published in Rheumatology.

A disparity between clinical evaluations and findings of structural damage and synovitis via imaging may help explain persistent joint destruction in people with early RA. A more precise version of the DAS28 is therefore needed to better align the 2 diagnostic approaches and make clinical identification of inflammatory damage more accurate. Investigators sought to first assess the strengths of association between ultrasound-detected synovitis and traditional DAS28 clinical components, and then to develop a novel form of the score (2C-DAS28CRP), based on their findings and validation against radiographic progression externally.

Data were used from a clinical trial (Infliximab as Induction Therapy in Early Rheumatoid Arthritis; n=59) and 2 observational studies (The Leeds Inflammatory Arthritis Continuum [n=434]; and Pathobiology of Early Arthritis Cohort [n=117]) involving participants with early RA. This corresponded to a total of 163, 889, and 183 longitudinal observations, respectively. Patients were followed variably up to 104 weeks, and all ultrasound scans were performed within a week of clinical examination.

After analysis, the only traditional DAS28 components that were associated with grayscale and power Doppler ultrasound scores in all 3 studies were SJC28 and CRP. In addition, a 2-component model based on SJC28 and CRP outperformed a 4-component model. The 2C-DAS28CRP was also superior to the conventional DAS28 for prediction of GSPD (P <.01), erosion presence, and Larsen score. Although a 2-component DAS28 with ESR consistently outperformed a 4-component DAS28 with ESR, it was still not as good a fit as the 2C-DAS28CRP, which was considered the most appropriate global synovitis measure.

Study limitations included the use of multiple imputations for missing data, lack of high-sensitivity CRP collection, imputation of all CRP <5 to a value of 2, variations in ultrasound imaging and GSPD calculations, use of an older validation cohort before RA therapeutic advances, nonstandardization of ultrasound methods, and inclusion of only patients with early RA, which might restrict applicability to populations with more advanced disease.

“The improved association with both synovitis and erosion demonstrates that the novel 2C-DAS28 is a more appropriate measure of pathophysiology in early RA compared with conventional DAS28,” noted the authors. They recommended that future research involve examination of treatment effects in both early and established RA, as well as prospective collection of data. 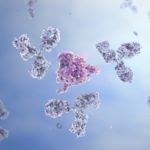 ANA Indicative of Poor Response to bDMARDs in RA