A simplified and validated ultrasound scoring system for the evaluation of synovitis in the wrists and hands of patients with rheumatoid arthritis (RA) has been proposed in a study from Beijing, China, published in Clinical Rheumatology.

A total of 705 patients >18 years old with RA who had visited the rheumatology clinic at Peking University First Hospital between February 2014 and August 2015 were recruited and assigned to group 1 in the study. All patients had ≥1 tender or swollen joint out of 22 joints examined (bilateral proximal interphalangeal, metacarpophalangeal [MCP], and wrist joints), and were evaluated with grey-scale and power Doppler ultrasound examinations. A simplified joint set assessed by an ultrasound semiquantitative scoring system was proposed based on the patients who were allocated to group 1. As a way of validating the proposed joint set, 235 patients with RA who fulfilled the same inclusion criteria and who visited the clinic from August 2015 to March 2016 were assigned to group 2.

The investigators concluded that the 8-joint combination system, including bilateral wrists, MCP2, MCP3, and MCP5 joints, as evaluated by grey scale and power Doppler ultrasound, is valid, simple, and feasible for the detection of active synovitis in the wrists and hands of patients with RA seen in daily clinical practice. 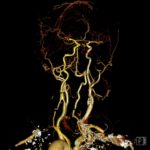