Skin biopsy samples from patients with systemic sclerosis (SSc) may help to identify potential biomarkers and pathways implicated in the disease pathogenesis, according to study results published in Arthritis Research and Therapy.

In this study, the researchers used a high-throughput mass spectrometry technique to analyze samples from affected and unaffected areas of the skin from 7 patients (5 women). Proteins were extracted from the cryopulverized samples and analyzed to reveal differentially expressed proteins, which led to the identification of 2149 proteins. The samples were compared, revealing that 169 of the proteins were significantly differentially expressed in the affected vs unaffected tissues. Further analysis performed on these proteins identified many involved pathways that were associated with SSc pathogenesis including platelet activation and extracellular matrix (ECM)-receptor interaction. After these analyses, 15 proteins were selected for validation through affected/unaffected comparison, of which 5 were confirmed to be significantly differentially expressed in SSc-affected vs -unaffected skin biopsies.

Based on the results, the researchers confirmed that ECM proteins are a key part of SSc development. Three proteins that interacted with ECM receptors were overexpressed in the comparison analysis, which were previously suspected to be part of SSc pathogenesis, could serve as potential biomarkers for the disease. Additional studies could include data from new patients with SSc to confirm the use of these proteins as biomarkers; these molecules isolated from easily accessible tissue may also provide an easier way for clinicians to diagnose patients and prevent painful procedures.

Study limitations included small sample size, though the researchers pointed out that SSc is a rare disease with a small patient pool available for study. In addition, only patient samples were used and those from control participants excluded, which the researchers indicated could be advantageous for the reduction of heterogeneity bias.

Researchers concluded, “…the results of this study are important as they display the promising diagnostic power of a multibiomarker approach.” 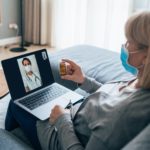