When predicting 1-year survival for patients with newly diagnosed systemic sclerosis-associated pulmonary arterial hypertension (SSc-PAH), REVEAL prediction scores should be interpreted with caution, particularly in patients with a higher predicted risk, according to research published in Arthritis and Rheumatology.

The recently developed Registry to Evaluate Early and Long-Term PAH Disease Management (REVEAL Registry) prognostic equation and risk score calculator can be used to predict 1-year survival in patients with PAH. For this particular study, researchers sought to evaluate the predictive accuracy of the equation and risk score calculator in patients with incident SSc-PAH.

Patients from the JHPHP registry were consecutive patients with SSc, who were newly diagnosed with PAH via right heart catheterization between January 1, 2000 and July 1, 2015. Exclusions were applied to patients with evidence of obstructive or interstitial lung disease, rheumatologic overlap syndrome, previous treatment with active drugs for pulmonary hypertension, or inclusion in the initial REVEAL Registry.

Patients from the PHAROS Registry had established SSc and either a diagnosis of pulmonary hypertension within the previous 6 months or a classification of increased risk of developing PAH. Researchers noted that because Johns Hopkins is a PHAROS site, Johns Hopkins patients were removed from the PHAROS cohort because the JHPHP Registry included more complete patient information.

According to hazard ratios, researchers found that patients classified as high risk had the worst survival.

One important limitation of the study included concerns with missing data, including right atrial pressure, heart rate, and systolic blood pressure in the PHAROS cohort. Because these variables are included with increased risks, their absence “may have biased predictions toward a lower predicted mortality in the PHAROS cohort,” according to the researchers.

“Our results show that when applied to a cohort of patients with newly diagnosed SSc-PAH, the REVEAL prognostic equation and risk score offer similar measures of overall discrimination as they did in the original model development cohort,” the researchers wrote. “However, discrimination and calibration appear to be less accurate in patients in the highest risk groups, indicating that the REVEAL prediction model may not perform adequately in separating and predicting survival in newly diagnosed [patients with SSc-PAH] with high risk features and the lowest predicted probabilities of 1-year survival.” 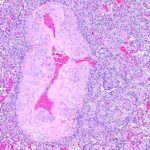