Frequency of anti-CD74 antibodies is a promising tool to support the clinical diagnosis of axial spondyloarthritis (axSpA), according to study results published in Rheumatology.

Individuals with vs without axSpA have been shown to have higher levels of anti-CD74 antibodies, introducing the possibility of these antibodies as an important diagnostic marker.

A study of patients with axSpA was conducted to determine the role of anti-CD74 antibodies in axSpA diagnosis, activity, and duration. Patients with rheumatoid arthritis (RA) and healthy control participants were also included in the study. Researchers conducted laboratory tests and measured Ankylosing Spondylitis Disease Activity Score to determine disease activity. They also performed anti-CD74 antibody detection for all participants.

The main limitation of the study was the small sample size.

Researchers concluded, “Based on the sensitivity and specificity of anti-CD74 IgG, this is a promising diagnostic tool to support the clinical diagnosis of axSpA.” 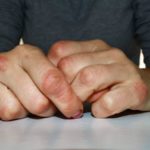