Following an earlier announcement by Amgen to file for a Biologics License Application (BLA) to produce an adalimumab (Humira©, AbbVie) biosimilar, a second briefing document made available to the public by the U.S. Food and Drug Administration (FDA) signals the intent of Sandoz to file a BLA for an etanercept (Enbrel©, Amgen) biosimilar.1

Currently, Amgen holds BLA #103795 for etanercept, initially licensed by the FDA on November 2,1998.  Sandoz has now submitted BLA #761042 for GP2015, a proposed biosimilar to the etanercept reference product (RP). Sandoz is seeking licensure for all the indications for which Enbrel© is currently indicated for in the U.S., including psoriatic arthritis, ankylosing spondylitis, rheumatoid arthritis, polyarticular juvenile idiopathic arthritis, and plaque psoriasis.

The briefing report was released ahead of the scheduled meeting of the FDA Arthritis Advisory Committee Meeting on July 13, 2016 to discuss whether GP2015 meets criteria defined by the Biologics Price Competition and Innovation Act of 2009 (BPCI Act) for biosimilarity.

GP2015 would have to be shown to be “highly similar” to its RP to justify the relevance of using data derived from EU-approved Enbrel©.

Results of the GP2015 clinical development program provided by Sandoz indicated that GP2015 would meet the requirement for a demonstration of “no clinically meaningful differences” between GP2015 and Enbrel© in terms of safety, purity, and potency, in the indication(s) studied.

“The submitted clinical pharmacology studies are adequate to (1) support the demonstration of PK similarity between GP2015 and US-licensed Enbrel©, (2) establish the [pharmacokinetic] component of the scientific bridge to justify the relevance of the data generated using EU-approved Enbrel©, and (3) justify the relevance of the PK findings from the GP2015 clinical program to the indications that were not directly studied,” the briefing document authors concluded.

The findings outlined in this briefing will be discussed by the Arthritis Advisory Committee on July 13, 2016. Rheumatology Advisor will report their findings.

The FDA background briefing document reflects recommendations written by individual FDA reviewers. Such conclusions and recommendations do not necessarily reflect the final position of the FDA. 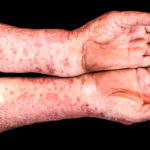