Video capsule endoscopy was diagnostically superior to standard colonoscopy for the detection of small bowel mucosal inflammation associated with Crohn disease in patients with spondyloarthritis (SpA), according to a report published in The Journal of Rheumatology. Investigators also confirmed that Crohn disease-related mucosal disease is highly prevalent in the SpA population.

There is a known association between SpA and inflammatory bowel disease (IBD), but IBD may remain subclinical in some patients with SpA, discovered only on routine colonoscopy. However, standard colonoscopy is limited in its utility to detect small bowel disease proximal to the terminal ileum. The authors were interested in exploring whether video capsule endoscopy, which can visualize the entire small bowel, might be preferable as a diagnostic tool for identifying small bowel inflammation related to Crohn disease in patients with SpA not previously diagnosed with Crohn disease or IBD.

The prospective cross-sectional study included 64 participants (mean age, 42 years; 47% men) previously diagnosed with SpA. Participants underwent colonoscopy and capsule endoscopy, along with biomarker analysis. They were divided according to presence or absence of gastrointestinal symptoms, with 56.3% reporting a history of gastrointestinal complaints. Lewis scores were used to quantify small bowel inflammation. IBD screening tests, including fecal calprotectin, C-reactive protein, and a mixed diagnostic panel, were assessed for predictive value and for correlation with capsule endoscopy and colonoscopy findings.

Of the patients diagnosed with Crohn disease, 65.2% made changes to their therapeutic regimens. The most common change was the initiation of tumor necrosis factor (TNF)-inhibitor pharmacotherapy (43.5%).

anti-inflammatory drug (NSAID) users and healthy individuals, and a possibility of concealed NSAID use despite instructions to discontinue. The researchers also note that a larger sample size might have improved the correlation of small bowel Crohn disease with the other screening tools.

This study confirmed the high prevalence of small bowel IBD among the SpA population, and verified capsule endoscopy as the preferred diagnostic modality for detection of mucosal inflammation. Proper diagnosis of both conditions may have important implications for therapy in these patients, for whom an anti-TNF regimen may prove successful. 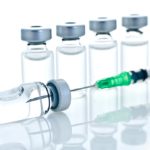 TNF Inhibitor Response in Women vs Men With Ankylosing Spondylitis