In a French multicenter longitudinal observational study of patients with recently acquired inflammatory lower back pain suggestive of axial spondyloarthritis (SpA), researchers have found results suggesting that structural progression exists in early SpA, but that it is small and only observed in a small number of patients. They also found that smoking, human leukocyte antigen (HLA)-B27 positivity, and inflammation of the sacroiliac (SI) joints on MRI may be independent risk factors for progression.

“The long-term natural history of patients with nonradiographic axial SpA is not well known,” wrote Maxime Dougados, MD, from the University of Paris Descartes and from Hôpital Cochin in Paris and colleagues.

The researchers noted that there are several aspects that are not understood, including:

The Devenir des Spondyloarthropathies Indifferérenciées Récentes (DESIR) cohort gave researchers the opportunity to examine some of these questions. In this cohort, participants with suspected inflammatory back pain consistent with axial SpA had clinical evaluations every 6 months, and plain radiographs were collected systematically at baseline and at the 2-year follow-up visit. MRIs of the pelvis were also obtained at baseline, which allowed researchers to evaluate whether it could be predictive of progression.

The baseline factors that predisposed patients to meet the modified New York criteria in the multivariate analysis were current smoking (odds ratio [OR] 3.3, 95% confidence interval [95% CI] 1.0–11.5],

Results of this multicenter longitudinal observational study suggest that while structural progression does occur during 2 years of follow-up in early axial SpA, it is small and only in a small number of participants. The researchers also found that the most sensitive definitions of progression were the total SI joint score and/or a change of at least 1 grade.

The researchers emphasized that the rate of progression in this cohort was very low; 300 of the 449 evaluated patients had no change in their total SI joint score.

“Despite the fact that we have seen that there are several arguments in favor of the existence of true progression, it has to be recognized that the relatively high number of regressors makes the evaluation of the true rate of progression challenging. Our findings suggest that progression is a true phenomenon and that regression might reflect measurement error,” the authors wrote.

They concluded that to confirm these findings, future studies with a longer follow-up period and different patient cohorts are needed. These study results also point to a need for translational research studies to investigate the underlying mechanisms of radiographic progression in SpA. 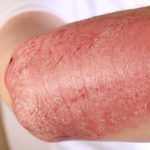