Despite known gender differences in the severity of axial spondyloarthritis (axSpA) and findings demonstrating clear differences in early disease, researchers found that key diagnostic markers such as human leukocyte antigen-B27 (HLA-B27) and sacroiliac joint imaging positivity remained important diagnostically in both men and women. They concluded that different gender-specific approaches to diagnosis are not required, according to a report published in Arthritis Research & Therapy.

In the first study of its kind, investigators sought to examine whether men and women exhibit phenotypic differences at the time of diagnosis that might necessitate individualized diagnostic strategies. An analysis of the Spondyloarthritis Caught Early (SPACE) trial — an ongoing study examining patients with unexplained chronic back pain — considered baseline data from 719 patients (mean age at pain onset, 29.0 years; 62% women; mean pain duration, 13.2 months). Diagnostic workup included clinical evaluation, standard serologies and x-rays and magnetic resonance imaging (MRI) of the sacroiliac joint. Gender differences in patients with confirmed axSpA diagnoses were evaluated, including multivariable regression modeling with odds ratio (OR) calculation for the entire chronic back pain cohort as well as for the axSpA subgroup.

Multivariable regression analysis revealed that imaging and HLA-B27 positivity in both genders were independently associated with a diagnosis of axSpA (P <.001). In addition, in men with disease, elevated C-reactive protein or erythrocyte sedimentation rate was associated with a positive diagnosis (P =.05). Also, in patients with confirmed disease, HLA-B27 positivity (OR, 1.8; 95% CI, 1.0-3.3; P =.04) and being male (OR, 1.8; 95% CI, 1.0-3.1; P =.05) were independently associated with positive findings on sacroiliac joint radiograph or MRI.

“Although we noticed differences in disease presentation, the results of our study suggest that similar elements are relevant for the diagnosis of male and female axSpA patients,” summarized the authors, who recommended that future research focus on the mechanism behind the apparent earlier onset of disease in men. 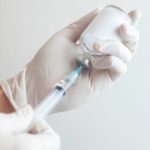