The burden of bone damage and trabecular bone loss at the metacarpal heads is higher among patients with psoriatic arthritis (PsA) compared with healthy controls, according to study results published in Osteoporosis International.1

Previous studies have showed that inflammatory PsA may cause structural damage at the metacarpophalangeal joint, which makes the metacarpal heads vulnerable to inflammation and bone loss in patients with PsA.2

The objective of this study was to compare bone structure and microstructure in the metacarpal heads among patients with PsA and healthy controls, and to identify demographic and clinical factors associated with bone loss in patients with PsA.

Researchers evaluated data of 62 patients with PsA arthritis and 62 age- and sex-matched healthy controls from the Rheumatology Clinic at the Prince of Wales Hospital. All patients underwent a high-resolution peripheral quantitative computed tomography exam of the second and third metacarpal heads in the nondominant forearm. Researchers recorded the number and size of bone erosions and enthesophytes at the second and third metacarpal heads, along with volumetric bone mineral density (vBMD) and microstructure. Correlation analysis and multivariable linear regression models were used to determine the association of demographic and clinical characteristics with bone loss in PsA.

Study limitations included the fact that nearly one-fifth of patients with PsA with joint destruction were excluded from the analysis because of difficulties associated with analyzing severe joint deformity, and the cross-sectional design of the study that prevented a causal effect relationship from being established between bone damage and clinical characteristics.

“The burden of bone erosions, [enthesophytes], and trabecular bone loss is increased in patients [with] PsA compared with matched healthy controls. Patients [with] PsA had a predominant deterioration in trabecular microstructure in the metacarpal head, which was related to ongoing disease inflammation,” the researchers concluded. 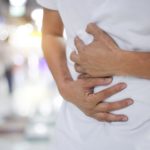 Treatment With NSAIDs for Ankylosing Spondylitis Linked to Gastrointestinal Risk