A higher risk for cardiovascular disease was observed in cohort of patients with incident ankylosing spondylitis (AS), especially men 60 to 69 years of age, at 5 years of follow-up.

“Our paper, based on a population cohort with single race, with relative follow up period [shows] that patients with AS, especially age 60 to 69 years male patients, had a higher risk of cardiovascular diseases [CVDs] than non-AS controls,” James Cheng-Chung Wei, MD, PhD, chief of Allergy, Immunology, and Rheumatology at Chung Shan Medical University Hospital in Taiwan and co-author of the study wrote in an email interview with Rheumatology Advisor. Dr Wei highlighted that physicians should monitor CVD risk factors including diabetes, hyperlipidemia, hypertension, and smoking in patients with AS.

Dr Wei and colleagues sought to clarify the association between CVD and AS in patients 40 years of age or older. Using data from the Taiwan National Health Insurance Research Database, they conducted a nationwide cohort study. Patients with incident AS were compared to sex and aged matched patients for the risk of newly diagnosed CVD.

Patients with AS are commonly treated with nonsteroidal anti-inflammatory drugs and cyclooxygenase-2 inhibitors which have also been tied to an increased risk for CVD. Therefore, the authors point out, it would be difficult to distinguish CVD risk attributed to AS vs effects of medication.

“We think it is important to remind both the physicians and patients to keep more alert about the life styles modification to prevent CVD in patients with AS especially for males. Smoking cessation, regular exercise, adequate diet control such as sugar, salt, and fat restriction are all very important. In addition, good compliance about the medications control for AS is beyond emphasis,” Dr Wei told Rheumatology Advisor.

In a large, Taiwan-based cohort study men 60 to 69 years of age with newly diagnosed AS were at a higher risk for CVD at 5 years follow-up compared to the general population.

Several limitations of the study were noted including no data on clinical disease activity was available in the database and treatments for AS were not assessed. Finally, the diagnosis of CVD was based on the ICD code used in the database. 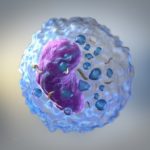 Osteoclastogenic Cytokine Secretion in Response to Calcitriol in PsA