Treatment with secukinumab in patients with ankylosing spondylitis (AS) was found to provide rapid and sustained improvements in fatigue for up to 3 years, regardless of prior tumor necrosis factor (TNF) inhibitor exposure, according to results of an analysis published in Arthritis Care & Research (Hoboken).

Study authors conducted an exploratory analysis of 2 phase 3 randomized, placebo-controlled trials — MEASURE 1 and MEASURE 2 (ClinicalTrials.gov Identifiers: NCT01358175 and NCT01649375, respectively) — to explore the long-term effects of secukinumab on fatigue in patients with active AS.

At week 16, significant improvements in FACIT-F scores from baseline were observed with secukinumab vs placebo in both studies (P <.05). These improvements were sustained through week 156 and 104 in MEASURE 1 and MEASURE 2, respectively. Further, significantly more patients reported fatigue responses (FACIT-F increase of ≥4) with secukinumab 150 mg compared to placebo at week 16 in both MEASURE 1 (P <.05) and MEASURE 2 (P <.01).

Study limitations included the lack of a control group after week 15, the exclusion of missing data, and potential selection bias towards patients who chose to continue to receive long-term secukinumab treatment.

Researchers concluded that the fatigue responses reported in the current analysis add to the existing evidence for secukinumab treatment in patients with AS.

Disclosure: The studies included in this analysis were supported by Novartis Pharma AG. Please see the original reference for a full list of authors’ disclosures. 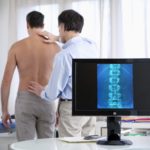