The need exists for a standardized definition of early spondyloarthritis (SpA), according to a recent systematic literature review published in Seminars in Arthritis & Rheumatism.

The researchers sought to identify all of the possible definitions of early SpA used in the literature, including the subtypes of early axial SpA (axSpA) and early peripheral SpA (pSpA). The Assessment of SpondyloArthritis International Society (ASAS) has recognized the need to establish a standardized definition for these terms when used in a research setting. The ASAS SPondyloarthritis EARly definition (ASAS-SPEAR) project was designed to propose such a consensus definition based on evidence and expert opinion. In the literature review, the proportion of studies that included a definition was calculated, and the various definitions were evaluated.

Among a total of 9651 titles that were identified, 336 publications that reported on data from 183 studies were included. An increasing number of publications were identified over time. Overall, 62% (114 of 183) of the studies reported a specific definition, with 33% of these definitions based on duration of symptoms, 31% based on radiographic damage, 28% based on duration of the disease, 5% based on both symptom/disease duration and radiographic damage, and 3% based on other aspects.

After 2010, the definition of “early axSpA” that was based on the absence of radiographic sacroiliitis was used less often than prior to 2010 (17% vs 38%, respectively).

Limitations of the literature review were associated with the report of the disease in the publications included. Because of the restriction of the search to the term “early SpA” and its subtypes in the title and abstract, some articles that might have included the term(s) were never retrieved. Additionally, because of the lengthy inclusion period (from 1948 to 2021) of the articles reviewed, the criteria used by the authors for defining early disease have likely changed over time. 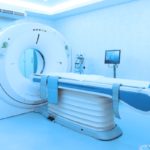