Women with ankylosing spondylitis (AS) demonstrated poorer response to tumor necrosis factor inhibitor (TNFi) therapy than men, confirming prior observations by rheumatologists treating this population, according to a study published in The Journal of Rheumatology.

For years, AS was thought to predominantly affect men, but clinicians have recently also recognized the presence of AS in a substantial percentage of women. However, there are often distinct phenotypic differences in the presentation and clinical appreciation between the sexes. Women typically experience shorter illness duration but increased delay in diagnosis compared with men. The investigators sought to explore whether these sex differences extended to TNFi response, as has been previously reported.

The researchers recruited 440 patients with AS (66.8% men) for a longitudinal analysis between January 2005 and April 2016, based on data from the Swiss Clinical Quality Management cohort. All individuals were undergoing initial TNFi therapy at the time. The primary outcome was 20% improvement in the Assessment of Spondyloarthritis international Society criteria (ASAS20). Additional efficacy outcomes included 40% improvement (ASAS40) and inactive disease according to the Ankylosing Spondylitis Disease Activity Score (ASDAS <1.3).

Strengths of the study included the prospective design, standardized measurements using validated tools that permitted assessment of multiple response variables, and the use of central scoring for pelvic imaging to confirm AS.

The investigators also noted several study limitations, including lack the collection of MRI scans for all patients, which impaired analysis of possible symptom/inflammation uncoupling in women; availability of only 77% of initial participants for follow-up; lower number of patients suitable for adjusted analysis; and the potential for comorbidities being under-reported, leading to possible residual confounding factors.

The results confirmed that after adjusted analysis, women with AS experience lower efficacy in response to TNFi therapy than men, despite similar disease burdens at baseline.

There were no disclosures or conflicts of interest declared. 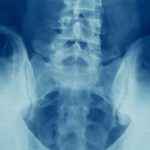