Renal involvement is common in systemic lupus erythematosus (SLE). Several types of renal disease occur in SLE, the most common being immune complex-mediated glomerular disease; these are usually definitively diagnosed with a renal biopsy.1   A large number of patients with SLE progress to end-stage renal disease (ESRD), with the US Renal Data System identifying more than 5000 individuals starting treatment for this condition during the period of 2007 to 2011.2

Therefore, to investigate the incidence rate of ESRD in individuals with SLE, Laura Plantinga, PhD, and colleagues compared data from a national registry of ESRD with those from a lupus registry of patients newly diagnosed with the condition from 2002-2004 and published their results in Arthritis Care & Research.3 The researchers focused their efforts on the Atlanta, Georgia, metropolitan area.

SLE cases were defined by a combined-case definition, including the presence of at least 4 American College of Rheumatology (ACR) criteria for the classification of SLE documented in the medical record (n = 267), the presence of 3 ACR criteria plus a diagnosis of SLE established by a board-certified rheumatologist (n = 69), or less than 4 ACR criteria plus SLE kidney disease as defined by a biopsy consistent with class II to VI lupus nephritis (n = 9). Individuals were identified as newly diagnosed if they received an initial diagnosis of SLEP between January 1, 2002, and December 31, 2004. Incident ESRD was defined as receipt of a first treatment for ESRD on or after the date of diagnosis of SLE.

When looking into the ESRD incidence in particular subgroups of SLE patients, those with early lupus nephritis had approximately 7-fold increased rates of ESRD when compared to patients without lupus nephritis.  Blacks were nearly 4 times more likely than whites to progress to ESRD after adjustment for age. Patients younger than 18 years at the time of SLE diagnosis were more than 2-fold more likely than older adults (≥30 years) to progress to ESRD.

Researchers in this study identified an all-cause estimate of the ESRD incidence rate in a population of patients with newly diagnosed SLE in the Atlanta, Georgia, metropolitan area.  Additionally, researchers identified specific SLE subpopulations that appeared to be at increased risk for progression to ESRD, including patients with lupus nephritis, pediatric patients, and black patients.  These populations may potentially benefit from early diagnosis and aggressive intervention to prevent or delay development of ESRD.

“Estimates of the incidence rate of ESRD, as well as potential predictors of ESRD among SLE patients, are critical in guiding the treatment, screening, and management of this population,” the authors write. 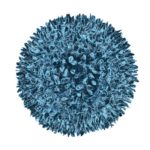