Precision medicine is inching toward becoming a reality for patients with systemic lupus erythematosus (SLE).  Precision medicine in this setting would factor in individual genetics and environment to help manage patients with SLE, and is promising new approaches to treating younger patients earlier in the SLE disease course.   Earlier this year, researchers identified 1,206 DNA variations located in 16 different regions of the human genome associated with increased susceptibility to SLE.  In this study, 1,199 of the 1,206 DNA variations were found to modify the level of expression of specific molecules that regulate immune responses.1

These findings and other studies are opening the door to identifying patients who are more likely to develop progressive disease, including lupus nephritis, vasculitis, or neurologic disorders. German researchers recently reported on some of the clinical information that could potential be gleaned by examining autoantibodies, complement components and interferon biomarkers in patients with SLE.2

Until recently it has been difficult to predict which subsets of patients are the highest risk for developing specific clinical disease features.Due to the heterogeneous nature of SLE, this has always been a difficult area for clinicians.  While it appears to be a turning point in this arena, it is important that precision medicine not be oversold to patients. Clinicians should realize that much of the research is still very rudimentary, according to pediatric rheumatologists.

“In general, pediatric rheumatology is a relatively new field compared to adult rheumatology or even other pediatric subspecialties.  Rheumatic diseases in children are relatively rare so are difficult to study when looking at patients at only one center or institution, as the numbers are small.  You cannot study genetic effects well with small numbers,” said Peri Pepmueller, MD, who is a pediatric rheumatologist and associate professor at Saint Louis University School of Medicine, Saint Louis, Missouri.

She said there have been significant efforts to combine forces and data from different centers to study more patients and solve this problem. In addition, the pediatric rheumatology community has come together and created a group called the Childhood Arthritis and Rheumatology Research Alliance (CARRA).

“There are various groups within this alliance which study different diseases and there is a group to study pediatric lupus. The group is studying various aspects of SLE, including genetic factors.  There is a repository for storing blood for genetic testing now and for future studies. There is work on pharmacogenetics/pharmacogenomics as well as genetics for the disease itself,” Dr Pepmueller told Rheumatology Advisor.

She noted that for pediatric SLE there are great strides being made toward personalized pharmacogenetics and it is more than just theoretical. Dr Pepmueller noted there are some aspects currently used in clinical practice.  “However , we are still a ways off from getting a diagnosis and a blood test and knowing exactly which medication will work best for that patient, which in my mind, would be one goal of pharmacogenetics,” said Dr Pepmueller. “I am not able to give an estimate on how long that might be, but longer than a year or two.”

How Much Will Testing Cost?

It is believed that the testing will be expensive, but will probably get cheaper over time.  There will also be significant patient education and counseling required.  Ultimately, it is theorized that precision medicine could result in huge cost savings.

“Currently one pharmacogenetics application that we have in the clinic for pediatric SLE (and other diseases) involves the medication azathioprine.  Thiopurine methyltransferase (TPMT) is an enzyme which metabolizes azathioprine to less active metabolites.  Low or absent TPMT activity is associated with increased toxicity of the medication.  It is possible to test patients for the genetic polymorphisms that are associated with low activity or test for activity, which is a reflection of the genetic testing,” said Dr Pepmueller.

She said if a patient has low or absent TPMT activity, then choosing a different medication would avoid a toxic reaction, which can be severe.  Dr Pepmueller said this could lead to hospitalization and increased direct costs and, of course, emotional costs.  “We routinely test for TPMT activity before starting patients on azathioprine.  So in some fashion pharmacogenetics is in clinical practice now,” said Dr Pepmueller.

She said studies are now looking at pharmacogenetics when comparing mycophenolate mofitil and cyclophosphamide for treating lupus nephritis.  Dr Pepmueller said preliminary findings are suggesting that Hispanic and African American patients may respond better to one medication and Caucasians to another.  “Genetics were not specifically looked at but likely played a role in the differences.  This is now considered in our choices of medications for particular patients, along with other factors, including insurance coverage,” said Dr Pepmueller. 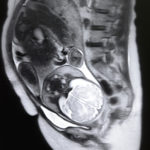