Precision medicine, which delivers highly personalized care by taking into account individual differences in genetics and environment into treatment plans, may soon be an option for patients with systemic lupus erythematosus (SLE). A new study has identified 1206 DNA variations located in 16 different regions of the human genome associated with increased susceptibility to SLE.1 In addition, almost all of them (1199) were found to modify the level of expression of specific molecules that regulate immune responses.

“Our data demonstrate that an accurate identification of 16 of the disease alleles within our test population can account for approximately two-thirds of this population’s risk for SLE. The extension of our findings into additional patient and control populations is essential to validate our results,” said study author Edward Wakeland, MD, who is the Chair of Immunology at the University of Texas (UT) Southwestern, in Dallas, Texas.

The scientists began their comprehensive sequence analysis using the DNA samples of 1349 participants of European American ancestry (773 with SLE and 576 without) from sample collections at UT Southwestern, the University of Southern California, UCLA, the Oklahoma Medical Research Foundation, in Oklahoma City, and the Université catholique de Louvain, in  Louvain-la-Neuve, Belgium.

They determined the precise DNA sequences at SLE-associated genetic regions scattered throughout the genome and found that SLE risk is associated with specific clusters of DNA variations (haplotypes). In addition, they found that some haplotypes increased the risk for SLE, whereas others provided protection from SLE.

After identifying the sets of DNA variants that increased SLE susceptibility in white subjects, they used multiple public databases, including the international 1000 Genomes Project (2504 genomic samples from the global human population) to determine whether these haplotypes also were found in South American, South Asian, African, and East Asian populations. They discovered that the variants and haplotypes were distributed across subpopulations worldwide.

“This is a key first step toward identifying the dysregulated molecular pathways that underlie disease development. In addition, it is likely that different SLE patients will have specific combinations of dysregulated genes. As a result, our genetic analysis will help focus drug development onto specific pathways that are malfunctioning in specific patients. That is the essence of precision or personalized medicine,” said Dr Wakeland.

He said this research may help clinicians better identify individuals with the greatest risk for specific clinical disease features and possibly disease severity. “This could be useful for the assessment of the potential of an SLE patient to undergo a progression to more severe disease,” Dr Wakeland told Rheumatology Advisor.

“We believe that this same type of analysis will ultimately be of value for identifying individuals with a predisposition to develop specific forms of SLE. SLE is clinically very heterogeneous and it would be of significant value to clinicians to be able to identify patients who will likely progress with lupus nephritis, vasculitis, or neurologic disorders. Such information could significantly aid in disease management and possibly inform the selection of alternative disease therapies.” 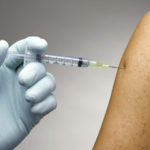