The cessation of antimalarial medications was shown to be feasible with a slow taper in patients with systemic lupus erythematosus (SLE) with disease quiescence, according to study results published in Seminars in Arthritis and Rheumatism.

The researchers evaluated the rate of flare among patients with SLE who withdrew their antimalarial medication after attaining clinical remission for at least 1 year compared with control participants who had achieved clinical remission for at least 1 year and continued their therapy. The study was conducted using the University of Toronto Lupus Clinic (UTLC) database. All study patients were followed at 2- to 6-month intervals, during which physical examination results, laboratory study results, and medication history were captured.

Patients with SLE who had ever received treatment with antimalarial medication were included in the study. The study patients met the American College of Rheumatology (ACR) 1997 revised criteria for SLE classification, or had 3 ACR criteria and a biopsy that was positive for SLE.

Among a total of 1573 study patients, 165 attained a 1-year remission, then ceased their therapy. Overall, 96 individuals had adequate follow-up, 88 individuals were successfully matched to 1 control, and 85 individuals were matched to a second control. This resulted in 173 controls, which was a nearly 1:2 match. In total, 261 patients were evaluated, of whom 175 received hydroxychloroquine (mean dose, 4.9±1.2 mg/kg) and 88 received chloroquine (mean dose, 3.0±1.0 mg/kg).

Characteristics of patients who withdrew their antimalarial medication and controls who continued their medication were mostly similar between the groups. However, a significantly larger percentage of patients of African ethnicity were included in the withdrawal group than in the continuation group (14.8% vs 7.5%, respectively; P =.02). These patients also demonstrated a significantly lower use of immunosuppression at the index date in the withdrawal group compared with the control group (18.2% vs 28.9%, respectively; P =.0364).

Flare was reported in 61.4% of participants in the withdrawal group vs 45.1% of those in the control group (P =.002). Overall, 52.3% of patients who withdrew their antimalarial medication later restarted it because of disease flare. Among them, 88% of patients recaptured control or improved, whereas 12% did not. Patients who tapered their antimalarial medication experienced significantly fewer disease flares compared with those who withdrew their medication abruptly (45.9% vs 72.6%, respectively; P =.01).

Limitations of the study included the fact that although data were collected longitudinally, the study was designed and conducted retrospectively. Thus, the study cohort comprised a heterogeneous group of patients of different ages, ethnicities, clinical courses, and disease manifestations. Because of the strict criteria used in the present analysis, numbers were lost during the match, which resulted in a relatively smaller number of total cases and controls.

The study authors concluded that tapering and ceasing antimalarial medication is something that clinicians should consider when weighing the risk for flare vs the risk for medication toxicity in patients who experience prolonged clinical remission. 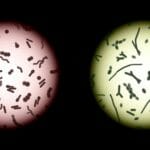